He was born and raised in Greenville, South Carolina in a very conservative Christian home. In his early teens he became heavily involved in the church near his home and in Young Life, a non-denominational youth oriented organization with the intention of becoming involved in the ministry of teaching and preaching.

He intended to enroll in Bob Jones University, a world-renowned Bible College in his hometown upon graduating high school, but in the summer of 1996 his life changed. Upon studying the bible from cover to cover and realizing many things were askew, and a lot of what he believed his entire life was not in line with what his research found, he left Christianity and went in search of the truth. After many twist and turns, ups and downs and after looking at the many world religions searching for the tangible proof of the right way of life he encountered a Muslim, and was given a Qur’an. After reading the Qur’an cover to cover he accepted Islam in the winter of 1998.

Yusha (Joshua) Evans Currently travels the globe as a lecturer and caller to Islam, as well as teaching workshops that have taken him all across the globe. He has been pivotal in establishing  Islamic television stations in North America as well has appeared on many Islamic stations throughout the world. He has been pivotal in the call to islam and bringing people to the faith, as well as bringing non practicing muslims back to the religion globally for over a decade

He has studied under numerous teachers and scholars in the various sciences of Islam and is a Psychology major. He holds both a bachelors and masters degree in the field of Islamic sciences with specialty in Da’wah (Islamic propagation) He is currently pursuing his doctorate under the tutelage of Shaykh Waleed Al-Menesse, one of the worlds foremost Scholars in the Qur’an and its various sciences.

Yusha currently runs an online gaming community called MGL (muslim gamers league) with thousands of youth interacting in a family friendly moderated environment and has a very active streaming community on twitch. His discord is https://discord.gg/mgl and his twitch streams can be found at https://twitch.tv/yushaevans 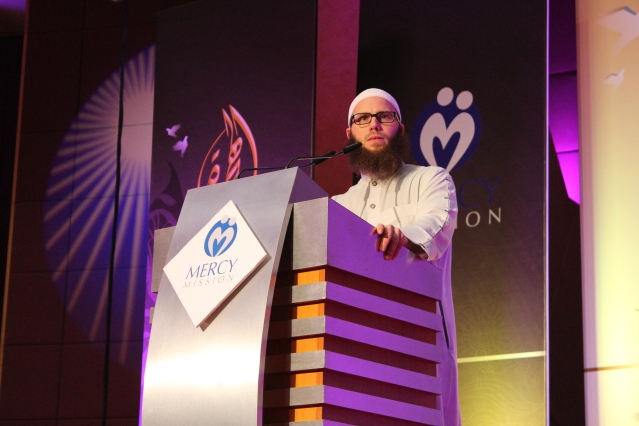 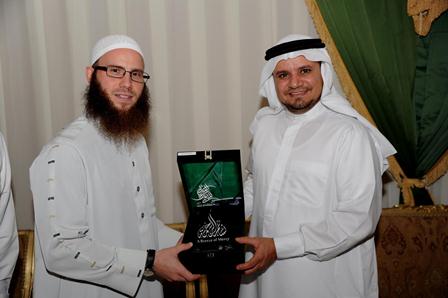 In his own words:

(Taken from a newspaper interview)

In what faith were you raised?
I was raised in Greenville, S.C. with a very strict Methodist upbringing.

How involved were you in Christianity?
I was actually going to a small Bible college in Greenville through our church and actually had an intention to enroll in Bob Jones University. My intention was to become a minister or a missionary. I also had interest in becoming a Bible scholar, and I was learning to read the Bible in Hebrew and Greek.

When did you convert to Islam, and why?
It was in December of 1998. After reading the Bible maybe six or seven times, cover to cover, analytically, I began to realize there were a lot of inconsistencies, contradictions. This confusion led me to leave Christianity altogether and I started searching other religions, Buddhism, Taoism – every kind of “ism” that’s out there – and none of them seemed to have a clear truth. One day I ran into a Muslim. He invited me to a Friday worship service and when I saw Muslims praying it was almost like a light went off in my head. I asked for a copy of the Quran. I read it cover to cover in one week, and that was enough.

Did your family have difficulty accepting your conversion?
My old-fashioned grandmother – I was raised by my grandmother – it was hard for her to digest. And my mother, who is a Baptist, and my father, he’s a Christian and a freemason, it was not easy for him. But it was harder for my extended family, many of whom are involved in politics in South Carolina. It was people trying to talk me out of it and not so much an open condemnation, but you could feel the cold shoulder of the family.

How exactly does one convert to Islam?
If you believe in your heart that there is no God but Allah, and Muhammad is the messenger of Allah, then you must make something called shahada – open testimony, an open declaration. You do that before anybody who can be witness to this. I did it at a Muslim brother’s home late in the night. There’s nothing like a ritual that you have to go through.

How much has Islam changed your life?
After I left Christianity I started heading down the wrong road, being 17 years old and being confused by the world. Islam put me back on a right perspective and even my family sees it has made me a much better and a much better-rounded person than I ever could have been.

Has your conversion changed your understanding of yourself?
I don’t feel it’s changed my understanding of myself. But I finally feel I have made a real connection with something greater than myself. I feel with Islam that a connection has finally been made with the creator, and when you feel a connection like that, there’s no way it cannot change you.

Do you see your adopted faith as the one true religion, and would you recommend it to anyone else?
I absolutely would recommend it – not as the one true religion separate from everything else, but as the only true religion the creator has ever given to humanity almost every religion has claimed some form of truth in it. But Islam is the only religion that has contained its originality and its truthfulness over its 1,400-year span. We believe it’s the same religion preached since Abraham, since Adam, because God is not someone who changes his way of life for humanity.